We think of Thinking Public not only as the act of incorporating 'the public' into one's own (artistic / activist) practice, but to literally explore the possibilities of thinking in public. And so, taking contemplation out of the private into the public realm. The act of thinking no longer is a lonesome procedure restricted to private minds but a collective act. Thinking Public intended on one hand to redefine thinking as an act of togetherness and on the other, as the act of reflecting with public. Thinking Public intends to redefine thinking from being private and passive to recognizing it's collective and active dimension.

And it also points to what might emerge if we follow that call: a public that thinks. We perform lectures to ourselves on colonialism-postcolonialism-genesis of politics-ethics-cosmovisions-politics as a philosophy as sort of collective conferences. Parts of this process will be extracted and continued publically in shared situations with others.

Doing this we intend to develop theory into a praxis - Real theory! Finally, during 2014 we will ship ourselves in a container on a containership from Hamburg to Buenos Aires. Talking about capitalism at the heart of capitalism.

And so, play the question of artists as a:
- tradable good
- trademark for globalisation
- post-colonizer
- something to be found out 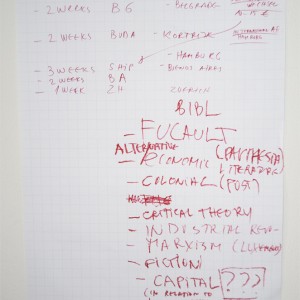 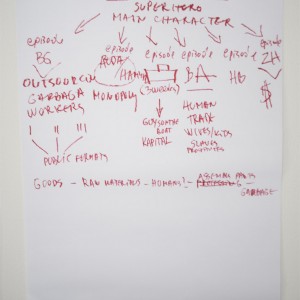 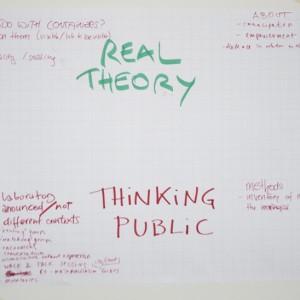